The ACOG team’s work is overseen formally by a Steering Committee responsible for oversight, direction, and assurance. The Committee comprises an independent Chair and members, alongside senior subject matter experts drawn from across the aviation sector.

The ACOG Steering Committee provides constructive challenge, strategic guidance, and specialist advice to support the delivery of ACOG’s objectives and reports on ACOG’s progress to the Civil Aviation Authority, the Department for Transport and ultimately the Secretary of State for Transport. 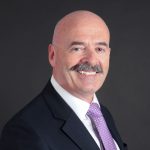 Initially plying his trade as a fighter pilot, Sir Timo enjoyed a full career in the Royal Air Force, including operational service and senior command appointments. He architected RAF strategy as Assistant Chief of the Air Staff in the MOD and at that time was also a non-executive director on the CAA Board, sharing co-responsibility for the UK’s ‘joint and integrated’ airspace policy. He retired from the RAF having established and led the UK Military Aviation Authority, the world’s first fully integrated military aviation regulator with responsibility for regulating military air operations, organisational approvals, safety assurance and accident investigation across the UK Services and Defence industry sector. In his subsequent civilian career, Sir Timo has been called upon to provide advice and support at senior executive and Board level for major international businesses and was COO for what was at the time Europe’s largest regional airline. 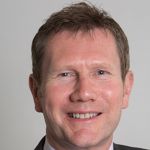 Trevor is an experienced Board member and executive with a career that spans a range of sectors from aviation, water and automotive services to financial services and consumer packaged goods. He is Senior Independent Director at Affinity Water; is a non-executive on the Board of Futurice, a digital engineering and innovation consultancy, and chairs the UK business; and has supported the Civil Aviation Authority in its transformation programme over the last 9 years. 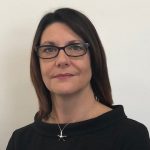 Karen Dee joined the AOA as Chief Executive on 1 March 2017. Karen has more than 20 years’ experience in policy development, communications, and representation activities within the transport sector. Her career has incorporated roles in government, consultancy and trade associations including: the Department for Transport, Market Access, the Road Haulage Association, CBI, Policy Solutions and more recently, the Freight Transport Association where she worked as Director of Policy for six years. 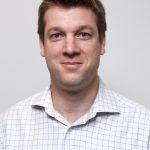 Andrew is a Project Director in the Infrastructure and Projects Authority, the UK Government’s centre of expertise for infrastructure and major projects. Andrew has assisted the Government with a series of complex programmes, including the Thames Tideway Tunnel, Hinkley Point C and Heathrow Airport. Prior to this Andrew had roles in structured finance, the Army (Royal Engineers) and strategy consulting. 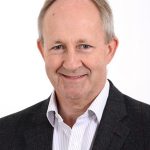 Tim is the former Airside Director for Heathrow Airport following operational roles at both Luton and Gatwick Airports and followed these roles by chairing the SESAR Deployment Manager Consortium in Brussels tasked with implementing airspace modernisation across the European ATM network. A keen private pilot, Tim now chairs the Light Aircraft Association and is the UK importer for Sling Aircraft. 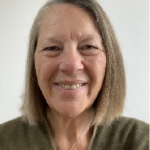 Juliet was appointed Operations Director for NATS in February 2016 and is responsible for leading the day-to-day running of NATS airports and the centres at Swanwick and Prestwick. She has worked for NATS for over twenty-five years and her previous roles included Operations Director, Airports in which she was responsible for service delivery and management of all the airport ATC contracts NATS operates across the UK. She spent ten years as a controller at Stansted before moving into a series of operational managerial roles including General Manager at Gatwick. 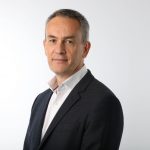 Captain David Morgan is easyJet’s Director of Flight Operations, having joined as Chief Pilot in 2016.  He is responsible for one of Europe’s busiest and largest airline operations with 330 aircraft on 1061 routes across 34 countries. Previously David worked as Chief Flight Operations Officer at Wizz Air. More recently, David is leading the work to look at how technology and future generation aircraft will help easyJet on its path to being a carbon, net zero airline. 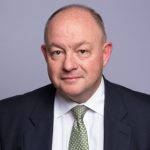 Patrick Naegeli joined the ACOG Steering Committee in March 2020 as one of two general aviation subject matter experts. He has been closely involved in the governance, administration and representation of sporting and general aviation in the UK and internationally for more than 25 years, and has held a number of senior voluntary roles, including the Chairman of the Royal Aero Club of the United Kingdom and President of the European Gliding Union. Patrick is an active, instrument qualified private pilot, flying both light aircraft and sailplanes. 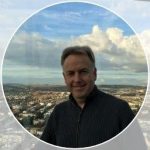 Simon’s career in British Airways started in 1989 as a cadet pilot, having initially trained at the BAe Flying College in Prestwick, Scotland. Since then, he has flown various Boeing and Airbus aircrafts before becoming a Training Captain in 2004 and entering Management in 2005. Here he was responsible for the introduction of the B787, A350 and A380 aircraft, the transition to EASA Ops (and back out again!) and the introduction of the Electronic Flight Bag. He has also been appointed to represent IATA airlines on the UK Future Airspace Strategy (FAS) programme.